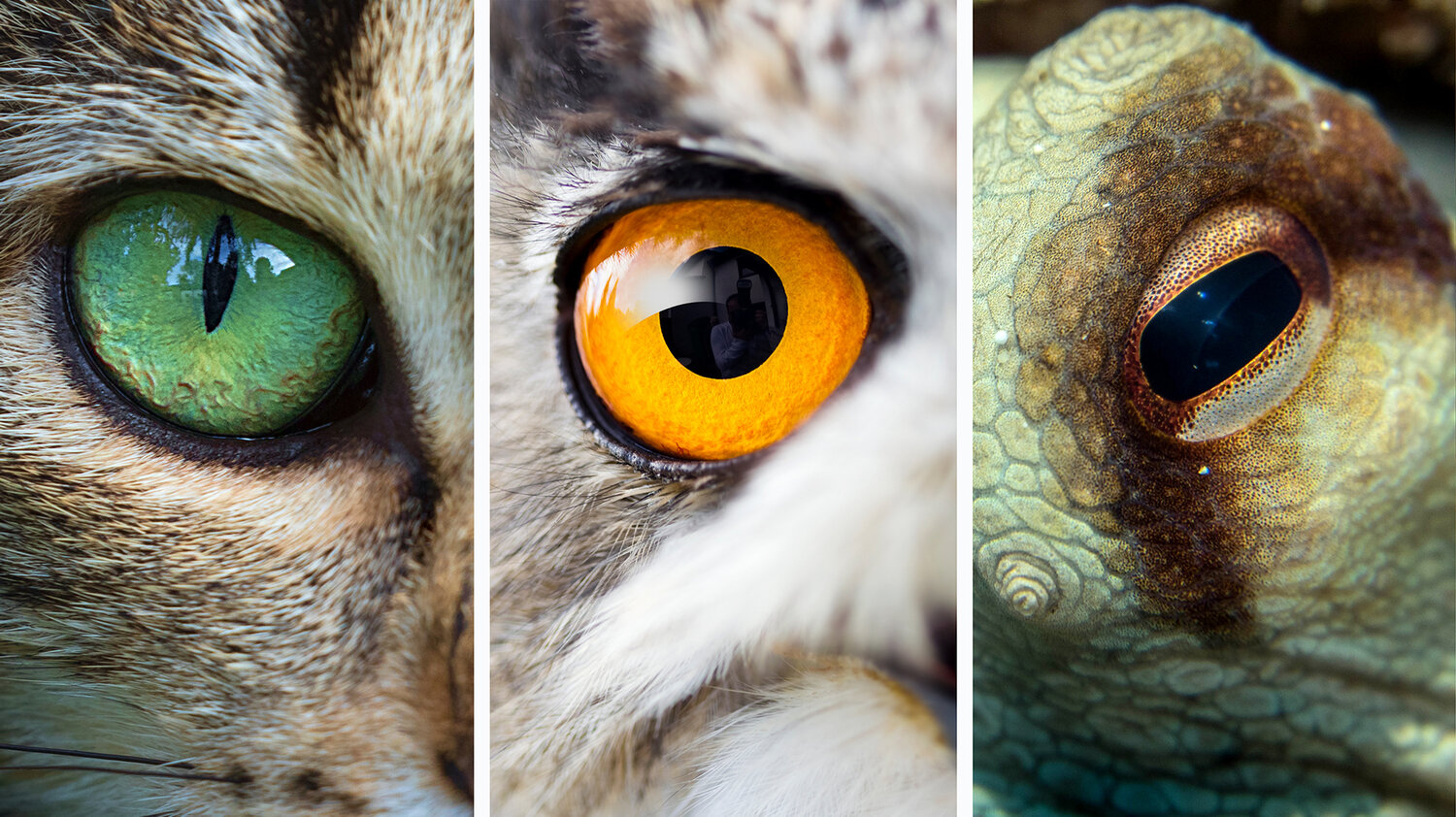 Friday the 1st Nina got her braces; Jill said “Getting braces apparently means going to Target, getting a toy, and playing hooky for the rest of the day instead of going back to school! Who knew?”. Saturday we went into DC to see the Nats Parade. We first went to Astro Doughnuts & Fried Chicken so we could get chicken and doughnuts for lunch (had to try the Baby Shark doughnut). Then we walked over to the parade on the other side of the street from Smithsonian National Museum of Natural History. We didn’t stay for the speeches, got back so Nina could enjoy the sunshine at a park near East Fall Metro (which was so packed we had parked on a side street). Jill said “We pulled out our swag from previous games and headed downtown for the World Series Victory festivities. We ate at the ironically named Astro Donuts and Chicken then headed to Constitution Ave where we got as best a view one could from 250 feet away. We still had fun and everyone was in a celebratory mood! We didn’t stay for the rally but stopped at a playground on the way home to enjoy the day.”

Tuesday I went to concert #43: Emmylou Harris, Jackson Browne, Patty Griffin, Steve Earle & Thao Nguyen at the Warner Theatre on the Lantern Tour II for The Women’s Refugee Commission. I’d seen everyone but Thao before, and she was great. But there’s nothing like Patty singing “Mary” with Emmylou on backing vocals. Wednesday Jill said “N and I went to the polls yesterday (as is our tradition; I vote and she watches and asks lots of questions ðŸ˜Š) and helped flip the state legislature for the first time in almost 25 years. For an off-off election year, what a voter turnout! [Today I] Got one of the best cuts of my life thanks to Second Life Salon and the DevaCurl curly girl method!”

Saturday the 9th we got fancy and headed over to Meadowlark Botanical Gardens to get our pictures taken. We needed a holiday card photo, plus we hadn’t done family pictures in a while. Jill said “We had family portraits taken at one of our favorite places, Meadowlark Botanical Gardens by Dion Seneca Photography who was super patient and made it fun for everyone! We wandered around afterwards and explored the park during the day where the Winter Walk of Lights is already set up! N especially liked the metal bench shaped like a tree and enjoyed waving to adoring crowds in her horse drawn sleigh”. Nina enjoyed watching the live action Little Mermaid that night.

Sunday was show #44: Jay And Silent Bob Reboot at the Arlington Cinema and Drafthouse. Ordinarily a movie wouldn’t make the list, but it does if stars Kevin Smith & Jason Mewes are there to host and do a q&a afterwards. Funny movie and aftershow. Bonus was the slow ordering and food delivery had us waiting for dinner until afterwords (good thing we chose the early show) and we got to try The Renegade. It’s owned by a friend, but we hadn’t been and it was delish (the lamb lollipops were great). Jill said “we stopped for dinner afterwards and so glad we did! We had an amazing meal and everyone was really nice and attentive. A great spot; we’ll be back!”

After a long morning on a field trip at the National Museum of Natural History on Thursday the 14th, Dominion Wine and Beer in Falls Church was a great find. Nice store, and I wouldn’t have know they had a bar with food upstairs without Yelp. Delicious and affordable, I’ll be back (yes, I made it to CD Cellar too).

Saturday was a packed day with a Girl Scout Expo (Jill said “Had a great morning at the Girl Scout Expo! Unfortunately we had to leave early which was hard, there were so many great things to do and see!”) and drama class. It was parents night out at Tae Kwon Do, so we ran errands, tried out Urban Plates in Tyson’s II, then hung out at the bar in Barrel & Bushel while we finished off the latest Wizards Unite challenge. I’d taken Nina to McDonald’s for lunch when she asked for lunch out instead of takeout before her night out and she was very disappointed when the shake machine was broken. So for dessert we all had shakes from Shake Shack after we picked her up. Pretty much a perfect evening. Sunday was show #45: Roald Dahl’s Matilda at the NextStop Theatre. Great cast, and Nina’s still singing the songs.

Tuesday the 19th was concert #46: Letters to Cleo at Union Stage. It probably wasn’t the wisest decision to go to 2 shows that week with Jill working 7am to 7pm 3 days, but after being home all day with a sick kid, it was nice to hear some loud rock music (and I’m not kidding about the loud – in the 2 years I’ve been recording every show on my phone, this was the loudest one). The band was great, the venue was nice (my 1st time) and someone even started a discussion with me because of my shirt (the band Belly), which never happens. And their new album is Christmas music, so that was nice timing. Thursday was a concert, then Thanksgiving lunch at Nina’s school, then that night was concert #47: The Low Anthem and Futur Primitif at Jammin’ Java. I went from the loudest concert of the year to the softest as The Low Anthem celebrated the 10th anniversary of Oh My God, Charlie Darwin by playing the full album. But oddly, not in order, and with other songs in the middle. But a fine show nonetheless.

Saturday the 24th we started vacation after drama class by driving up to Philly. The annual Friendsgiving was a lot of fun, and for the first time we stayed in the city afterwards (Homewood Suites by Hilton, very nice). That meant we got fresh NYC bagels for breakfast the next morning, then went to Reading Terminal Market where we bought some delectables and booze, and had lunch (I had a delicious roast pork sandwich at DiNic’s). It was a shorter trip to Massachusetts after starting in Philly even with predictable slowdowns due to rain, and we arrived not much after dark. Jill wanted food from Mel’s, but I’m not a fan and got a sub from Pizza D’Action.

Monday we visited Jill’s dad’s mom, then had a bunch of family over at Jill’s mom’s house for takeout Chinese food from North Garden. Tuesday we drove over to my sister’s house south of Boston, where my mom and her husband had been visiting since Sunday. We went out for dinner at The Quarry Restaurant, where I had a pork belly bun, lobster sliders & roasted broccoli rabe. The next afternoon we had a catered Thanksgiving lunch, before trying to leave before traffic got bad. We were partly successful by heading through Rhode Island and running errands there, then angling back northwest. We arrived at Jill’s sister’s house in time for a spaghetti dinner and a white elephant exchange (since we wouldn’t be up for Christmas this year).

Thursday was Thanksgiving at Jill’s other sister’s house. Black Friday was my favorite day, as I got to go CD shopping and eat at The Green Bean while Jill had Nina and the younger cousins at the parade in Springfield. That night was concert #48: Stephen Kellogg with Casey at the Iron Horse. We thanked Jill’s mom for being kind and generous by watching Nina and letting us do the VIP before the show and getting a cocktail at The Green Room and hot tubs at East Heaven afterwards. We also finally got a Nields sighting in Northampton as Katryna joined him for the encore. Saturday morning we met Jill’s dad and his wife at Stir the Pot for brunch. We also picked up Jill’s niece Maddie there as a storm was coming that would eventually cancel her flight back to school. We hit a White Castle in a sketchy part of town for a drive thru lunch in Jersey; traffic soon diverted us through Pennsylvania. We stopped at Pistarro’s in Frederick because they were vegetarian friendly (and tasty). By the time we were done, all traffic had died down and we were able to take Maddie directly to school via 270, then home.