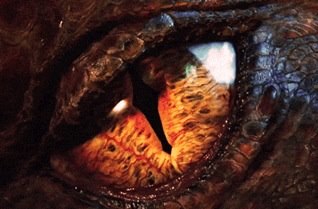 Again this year my music buying was mostly online, free tracks from NoiseTrade, Google Play, and Amazon as well as preordering mp3s and CDs from Kickstarter and PledgeMusic.
This year was marked by a lot of unexpected collaborations.

Tuesday the 4th Sterling from Sterling Portraits came over to take family pictures. He really captured the essence of Nina. I like the family one below, but you can see the whole set here.

After accompanying Nina and her class on a field trip to the National Museum of the American Indian as a chaperone for her and 2 other girls on Friday, I can conclude that her teachers don’t get paid nearly enough. Zandra, a woman from the Navaho Nation, shared a story from her nation about Geraldine the Goat and a rug. After story time, we visited the imagiNATIONS Activity Center – that was her favorite part.

Saturday Nina had her medal ceremony at gymnastics, and later she went to neighbor Jack’s birthday party at Life Champ Martial Arts where they had a pizza party. That night I wanted to see Winterpills, but didn’t. They were playing at Iota, and I left at Nina’s bedtime with plenty of time to get there (and fully expecting them to go on late, ’cause Iota often runs late). But they switched spots with their opener – at least The Grownup Noise was really good.

Tuesday the 11th I headed downtown around 4PM, got off at Metro Center and picked up a Chimichurri sandwich at White Apron Specialty Sandwiches before getting through the security line at the National Mall around 5:30. I was too late to get close (they’d closed off several blocks at the front) and ended up about 3 blocks away from the stage for The Concert For Valor (and with surprisingly good cell service). Dave Grohl was great solo and with the Zac Brown Band and Bruce Springsteen, and I never expected to see Metallica there (and thunderously great).

Wednesday was another solo outing at bedtime for Nina, this time to see Amanda Palmer at Sixth & I. I got there late, but still saw some of her interview with Thomas Dolby and her music set. I think I got more up close and personal with her than with any of the acts on the Mall the night before (or maybe a vintage Neil Gaiman shirt works on her like Axe body spray).

Friday my work had a party at the Smithsonian National Air and Space Museum’s Steven F. Udvar-Hazy Center. One of the daughters of my coworkers and her friends offered babysitting, so we got Nina some Wendy’s takeout and dropped her off at a nearby hotel. It was a fun evening, and not surprising to us that she was still awake when we picked her up at 10:30.

Saturday the 15th I had Nina all day so Jill could take a class. We ended up over at Felix’s house with his sister and 2 other kids running around. I think I enjoyed that more than the next day when I went to the Skins game with my dad. It’s getting harder to watch these games – in the 4th quarter the place started emptying out and we got caught in some horrible traffic getting out.

Wednesday the 19th I got to Constitution Hall at the last minute (thanks to a nearly 30 minute wait between trains) for the presentation of the Library of Congress Gershwin Prize for Popular Song to Billy Joel. Our friend Hannah does a lot of hard work behind the scenes, and she offered me her extra ticket. Little did I know until I got there she got us seats in the 2nd row. The show was great, and for once I don’t think I’ll have to look hard to see myself on TV (I’ve never been so self conscious as when a cameraman is kneeling with his camera a foot from my face).

Friday Nina was sick and stayed home to the immense disappointment of her and my mom, since both were planning on attending her school’s Thanksgiving luncheon (Nina had helped make decorations and the squash soup). Saturday was my fifth time out solo in 2 weeks (it’s good to have an understanding spouse). I didn’t leave the house ’til 9:45PM, but still made it to the 9:30 Club in time to see Neko Case and the rest of the New Pornographers put on a great show. Monday I wasn’t sure if I was happier that my cold or Nina’s cold was done.

My sister Sharon flew in with her husband Tom on Tuesday the 25th. My dad wasn’t able to come on Thanksgiving, but he came over on Wednesday and Sharon and I spent the morning going through old photos with him before Jill, Nina, and Tom joined us for grilled ham and cheese sandwiches (I worked from home later, it was sleety/snowy). Later Nina made a chocolate pudding pie with Jill. On Thanksgiving we cooked in the afternoon and my mom joined us for the traditional dinner.

Friday Nina and I dropped Sharon and Tom off at Dulles, then drove over to Chibis, where Nina ran around nearly the whole time. We got Wendy’s for lunch on the way home (she was obsessed with cheeseburgers lately). After Jill got home from work, we went over to Reston Town Center where Santa came to light the Christmas tree, then the Reston Chorale (including Mom) sang holiday songs before Nina got cold and we left.

Saturday the 29th we picked up our Christmas tree and Mom came over early so she, Jill, and Nina could decorate it. In the evening Jill and I went out and had dinner at Maple Ave (duck leg confit and beer float were excellent) before seeing Stephen Kellogg at the Barns At Wolf Trap and then making a last minute decision (decided by my nearly empty gas tank) to catch the end of The Excentrics set at Jammin’ Java. Jill asked if seeing 4 songs was worth it – when 2 of them are my favorites, absolutely.